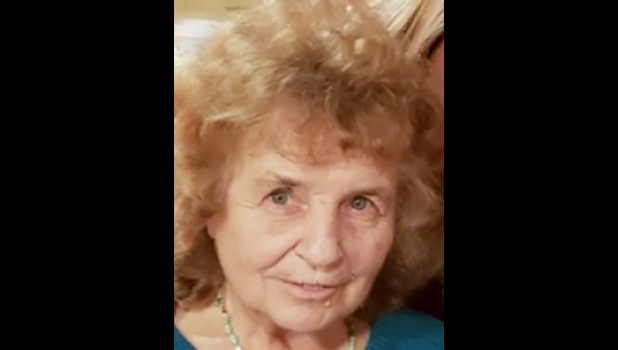 Romualda (Roma) Cabala, age 82 of Linwood, became an Angel of the Lord on December 28, 2021, with her children by her side. Romualda was born in Serski Las, Poland, on February 7th, 1939, to the late Vincent and Frances Pietrewicz. She immigrated to the United States as a young woman and settled in the Bay City area, marrying her first love Daniel Cabala. Together they raised three children, Andrew (Debbie) Cabala, Dennis Cabala, and Dianne (John) Kaminski. They were blessed with nine grandchildren, Bobby Ownsby, Ashley (Zach) Osborn, Kevin Cabala, Brady Esckelson, Nicholas and Garrett Cabala, Olivia, Alexander, and Ryan Kaminski, and two great grandchildren, Allie and Raycheal Ownsby.

Romualda was preceded in death by her husband Daniel, sisters Teresa Koronkiewicz, Waclawa Klejps, and her twin Ryszarda Sak, with whom she shared a special bond. Other family members who predeceased her include, Leo and Anna Cabala, Angeline and Art Klass, Stanley and Robert Oldinski, Dan and Joan Spencer, Eugene Mazurowski, and Dorothy Cabala. She is survived by her children and grandchildren, her sister Danuta Goworowski, her brothers-in-law Edward Sak and Al Cabala, sisters-in-law Frances Oldinski, Julia Mazurowski, Charlene Cabala, and many nieces, nephews and cousins both in Poland and the United States.

Romualda took great pride in her garden, planting tulips, mums, and zinnias. Her lilac trees and snowball bushes bloomed majestically in her backyard, bringing her joy as she watched them flourish through her kitchen window each day. Romualda loved spending time with her family and she became a mother figure to many of her children’s friends while they were growing up. She cherished her dear friends Joyce, Mary, Mary Ann, Rita, Marilyn, and Cherrie. She loved listening to Polka favorites Jim Lepeak and Lil Wally and the Sunday Polka shows on the radio. Romualda’s sense of humor, generosity, and kindness brought great joy to all who had the pleasure of knowing her. As a member of Prince of Peace Parish (St. Anne’s) in Linwood, she attended mass regularly until her health prohibited her from doing so. She had a soft spot in her heart for children, and she has been a member of St. Jude Children’s Research Hospital Partners in Hope, making regular donations for the last several years. Through her donations she hoped to make a difference in their young lives.

Per Romualda’s wishes, no funeral service will be held. She will have a private burial with her children by her side. In lieu of flowers, please consider a donation to St. Jude Children’s Research Hospital to keep her spirit of giving alive.