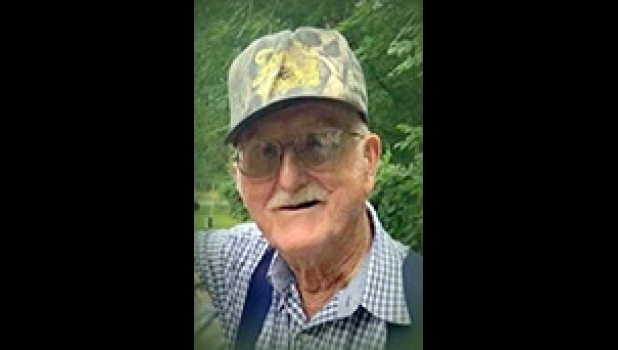 Alfred “Chum” Arndt, 99, of Rhodes, beloved father, grandfather, great grandfather, brother, and friend, went to be with his Lord on Saturday, April 9, 2022, at his home surrounded by his loving family. He was born March 16, 1923, in Bay County, as one of eight children to the late Gust and Hattie (Nickels) Arndt. Alfred grew up in Duel. On February 2, 1948, he married the love of his life, the former Ethel Mae Carman in Gladwin, together they raised four children. She preceded him in death March 20, 2012. He was employed at Kraft Foods as a boil maker for 35 years until his retirement in 1985. He was an avid farmer with a deep love of the land. He tended to his family’s generational farm for many years and at one point was the largest pickle farmer in Bay County. Alfred always put three things first: God, family, and lastly himself. His family was his world, especially his grandchildren and great grandchildren. He was a lifelong learner, self-taught everything he knew and was the rock of his family. He enjoyed hunting and fishing and had a passion for the outdoors, a passion he passed along to his family. Alfred would also frequently use stories to guide his family. Other hobbies of Alfred included canning, cooking, and making his own wine.

Services for Alfred will take place 11 a.m. Wednesday, April 20, 2022, from the Ware Smith Woolever Funeral Home 1200 West Wheeler Street. Pastor Lowell Gisel will officiate with burial to take place in Midland City Cemetery. Alfred’s family will receive friends at the funeral home Tuesday, April 19, 2022 from 1 p.m. until 8 p.m. as well as Wednesday from 10 a.m. until time of service. Those planning an expression of sympathy are asked to consider the charity of their choice.