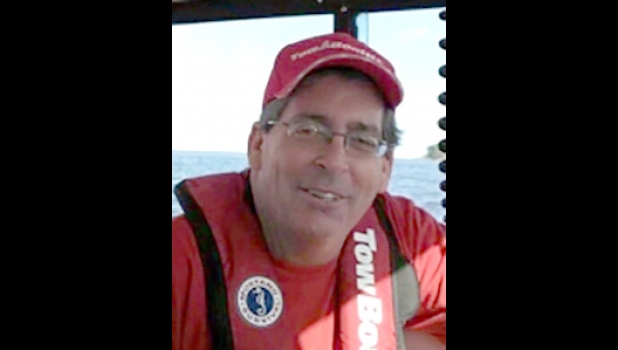 Joe Ellwanger, age 61, passed away peacefully at Loma Linda Hospital, Loma Linda, CA on March 31, 2021, following a brief illness. His sister Dyane was by his side. He was born in San Jose, California on July 17, 1959, to the late Krish & Yvonne (Champagne) Ellwanger. Volleyball was his game! First inside which turned into a real love for beach volleyball. He was a master on the court and on the dance floor. You could never get him off the dance floor. Everyone wanted him as their dance partner. Joe was the one that made sure every 4th of July on the bay was extra fun with all the fireworks he brought. Joe & Kirk were the life of the party for many years. He was preceded by his parents and brother.

Joe attended Sierra High School in Whittier, CA until his senior year then moved to Grand Rapids, MI. He attended Pinconning High School briefly and graduated from East Kentwood High School. He graduated from ITT Technical, Grand Rapids in 1986. Joe worked as a quality control engineer at Smith Industries in Grand Rapids for 11 years. He moved to South Carolina in 1997 for a new career in automotive engineering and stayed in this field in South Carolina until he left in 2008. He was a Six Sigma Black Belt. He returned to Michigan lived there until July 2020 when he moved back to his home state of California. He loved being near the mountains and high desert... it brought him peace.

Services will be held on May 22, 2021 at Trinity Assembly of God, Pahrump, NV. The memorial will be at his sister and brother-in-law’s home in Pahrump. Inurnment beside his parents in St Michael’s Cemetery will take place at a later time.