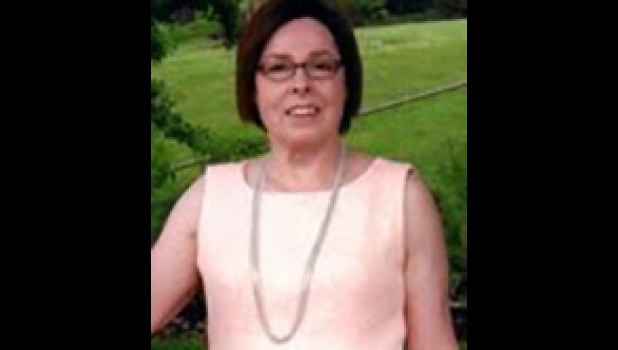 Judith Faye (Jordan) Upson, loving mother, grandmother, great-grandmother, and sister passed away peacefully on July 12, 2022 at 1pm at McLaren Hospital after a brief illness. Judy is survived by her sons, Chester and Brent (Brandi), and her two granddaughters who could do no wrong, Emily Upson VanNorman (Dale) and Paige Wilcox Mendyk (Brian). Judy also had four great-grandchildren: Connor, Athena, Landen, and Ariana. She is also survived by her siblings: Linda Jordan, Dianne Jordan, Lois Mooring, Joyce Conner, Susan Saunders, Andy Jordan, and Kenneth Jordan. Judy was preceded in death by her mother, Mildred Collier Jordan, and her sister, Annette Jordan.

Judy was born on March 18, 1946 in Goldsboro, NC. She graduated from Charles Aycock High School in 1964. She married in 1967, moved to Michigan, and gave birth to Chester in 1968 and Brent in 1971. In her early years of motherhood, she found time to, as she claimed, “invent baseball.” If her sons were on a field or a court, be it as children, teenagers, or adults, she was there to watch.

Judy loved challenging herself. She taught herself to play the guitar, the autoharp, and the dulcimer. That love of music pushed her to form the Country Bleu Gospel Quartet with her best friend, Cindy Foor (of Pinconning). The Country Bleu’s played at various churches around Michigan, the Midwest, and the South, and recorded two CDs while together.

Whatever Judy put her mind to, she accomplished. Over the years, she earned her cosmetology license and her real estate license. At age 50, she earned a Certificate of Business from Davenport University and used that confidence to keep furthering her education. She moved from Pinconning to the Flint area, obtained her CNA certificate, and persevered by working for hospital service companies. Finally, she was hired by Hurley Hospital as a CENA, which was her dream job. She retired from Hurley in 2019.

Judy, incredibly hardworking, fiercely independent, yet occasionally enigmatic, was remodeling a home at the time of her passing. She once told a Plumber, “I’ll only have to call you once” as she hovered over the worksite in her quest to learn how to cut a copper pipe and replace it.

Cremation will be completed by Brown Funeral Home, and no formal service is planned. Donations can be made in Judy’s name to The American Heart Association.

Fond memories and expressions of sympathy may be shared at www.brownfh.com for the Upson family.