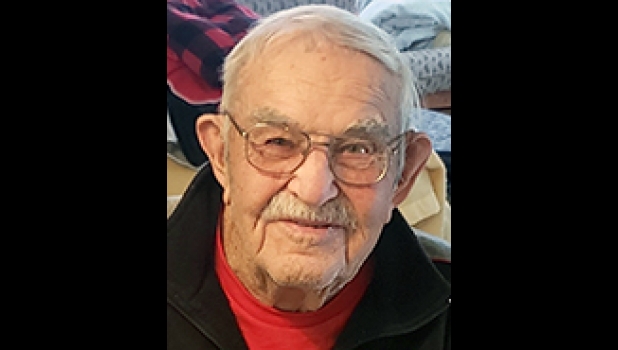 Kenneth J. LeBourdais passed away peacefully on December 9, he was 94 years old. He was born in Linwood, Michigan to the late Walter and Elizabeth (Pratt) and is survived by his two children James (Lori) LeBourdais, and Joy (Tim) Linda, grandchildren Sara (Joe) Partaka, Alex LeBourdais, and Kody Linda (Nicole) and great grandchildren, Jay, Landyn, and Kinslee. Kenneth was the baby in his family of 11. He was predeceased in death by his 3 brothers and 7 sisters. His large family produced several nieces and nephews whom he greatly adored and loved to tease. Kenneth lost his life partner, Hazel McDermit in 2008.

Kenneth enjoyed many adventures throughout his life including fishing in Canada or on the Bay, and camping. He spent a lot of time just riding around in one of the many vehicles he had owned over the years. Kenny was always on a quest to find returnable cans. If you were lucky enough, you may have seen the bottom of his shoes while he was dumpster diving for treasures.

Per Kenneth’s wishes, cremation has taken place and no service is scheduled at this time. Those wishing an expression of sympathy are asked to consider the Tony & Trish Home in Auburn, MI. The family has entrusted the Rivertown Funeral Chapel with arrangements.