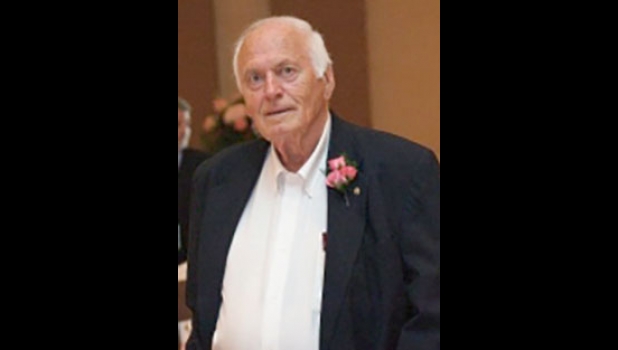 Theodore Ronald Beechum, Pinconning, MI, age 91, loving father, grandfather and brother passed away at McLaren Bay Region Medical Center Tuesday, December 20, 2022 following a brief illness.
He was born on March 19, 1931, in Detroit, Michigan to the late Karl T. and Rose A. (Ososki) Beechum. He grew up in Pinconning, MI and then moved to Virginia Beach, VA for 23 years before returning home to Pinconning. He married the love of his life, Joan M. Ellison on August 28, 1954, at St. Michael’s Catholic Church. They celebrated 62 years of marriage until her passing in 2017.

Ted proudly served his country in the United States Army during the Korean War as a gunner.

He was a lifetime member of Holy Trinity Parish. He retired from Northern Tube after 27 years in Pinconning; and, from the City of Virginia Beach Public Works at the age of 71.

Ted enjoyed bowling and playing softball for many years, he was most recently inducted into the Northeaster Baseball League Hall of Fame. He was Grand Knight, District Deputy and a lifetime member of the Knights of Columbus and Post Commander for the Veteran of Foreign Wars, Post #3753.

Ted will always be remembered for his strong, conservative faith and being highly active in the Catholic Church. In addition to being a Lecturer, Eucharistic Minister, and attending weekly Perpetual Adoration, he was an unwavering advocate for protecting the unborn through his involvement in Pro-Life which was very dear to his heart. Ted additionally was a Rosary Rally Captain both in Virginia Beach, VA and Pinconning for many years.

Ted was known for his passionate conservative values and robust faith and never was at a loss of words to talk about these topics with anyone. He loved giving hugs and his famous words at an end to his conversation with you was, “Have a Good Life”!

Because of his strong faith, Ted and Joan held weekly prayer cenacles in their home, attended many Charismatic Conventions and made special trips to Lourdes, France and Garbandal, Spain to deepen their faith. He spent a lot of time in prayer, especially praying for others and for the Holy Souls in Purgatory – which was a passion of his.

Ted was also very proud of his Polish heritage.

Funeral Mass will be celebrated Thursday, December 29, 2022, at 11 am from the Holy Trinity Catholic Church with Rev. Fr. Matt Federico presiding and burial following in St. Agnes Cemetery. Friends may visit the Lee-Ramsay Funeral Home on Wednesday, December 28, 2022, from 2 to 8 pm. On Thursday, Ted will lie in state at the church from 10 am until time of Mass.

In lieu of flowers, those wishing an expression of sympathy are asked to consider St. Michael’s Catholic School.