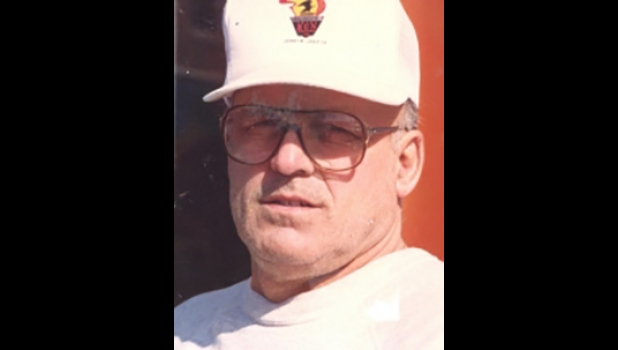 Wallace “Wally” Romanik passed away on Sunday, May 23, 2021, at Ascension Hospital, Standish at age 85. He was born May 3, 1936, in Bay City to the late Frank & Bertha (Dillon) Romanik. Wally graduated from Pinconning High School in 1955. He played football and was a boxer while attending High School. Days after graduation he began work at Saginaw Steering and retired after 30 years. Wally went on to fulfill a lifetime dream of being a farmer growing crops. He had horses and went to horse contests and raced snow machines. He loved hunting and shared special memories with his three grandsons. They bagged buffalo, elk, and rams on their hunts, and they have great animal mounts. Grandpa was one of the proudest fans in the stands at their sporting events, football, soccer, wrestling, and mud bogs. On July 18, 1964, he married Shirley Rossen and she survives his passing. In their 56 years of marriage, they have a daughter; Wendy (Gregg) Gage, and a son Wayne (special friend Rebecca Anderson) Romanik. Also, he will be sadly missed by his grandsons; Cody, Gerrit, and Allen. He is also survived by his sister; Sally Sakon, brother; Frances Romanik, sisters-in-law; Virginia Romanik, Sharon Crook, Shelley (Jerome) Kusey, brother-in-law Robert (Jeanette) Rossen, and many nieces and nephews. Wally was predeceased by in-laws; Albert (Helen) Rossen, his sister Betty Tyce, brother Art Romanik, sister-in-law; Jane Romanik, brothers-in-law; Rudy Tyce, Rick Sakon, and Wes Crook. Wally was also predeceased by special nephews Kevin Rossen, Scott Harder, Michael Lanczak, and little Vaughn Barckholtz. Funeral services will be held Thursday, May 27, 2021 at Holy Trinity-St. Michael’s Parish at 11:00 am with Rev. Fr. Kevin Maksym presiding with burial in St. Michael’s Cemetery. Friends and family may call at Lee-Ramsay Funeral Home on Wednesday, May 26th from 2 until 8 pm. On Thursday, friends may call at the Lee-Ramsay Funeral Home from 9:30 am until 10:30 am. On Thursday, Wally will lie in state at the church from 10:45 am until the time of service.