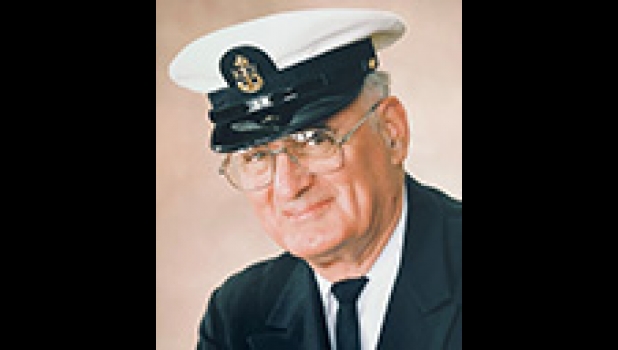 Mr. Wayne James Stewart passed away quietly surrounded by family on Sunday, May 2, 2021. He was born in Pinconning, MI on August 7, 1935, to the late James B. and Laura (Parsons) Stewart. Following his father’s untimely death in 1941, Wayne’s mother married Wellington (Duke) Evans, Wayne’s stepfather. After graduating from Pinconning High School in 1954, Wayne joined the Navy where he served his country for twenty years rising to the rank of Senior Chief Petty Officer. Wayne married Marjorie (Marge) Walworth of Pinconning, MI on December 10, 1960. Over the next sixty-one years Wayne and Marge built their life together. Following retirement from the Navy, Wayne went to work at Peoples National Bank in Bay City where he continued to serve others for the next twenty-three years. Wayne will always be remembered for his love of and service to his country, and willingness to constantly help others in need.

Funeral services will be held at 11:00 AM on Thursday, May, 6 2021, at Corpus Christi Parish-Holy Trinity Campus with burial following at St. Michael’s Cemetery in Pinconning, MI. Family will greet friends at Rivertown Funeral Chapel on Wednesday, May 5, 2021, from 2:00 to 8:00 PM (with vigil service at 7:00 PM) and at Corpus Christi Parish-Holy Trinity Campus from 10:00 AM until time of service. Those wishing an expression of sympathy are asked to consider the Corpus Christi Parish. The family would also like to extend a special “Thank You” to Bay Valley House Assisted Living for their outstanding care and support.